Bodegas Peñafalcón is a winery with a long family tradition headed by Casimiro Marcos and his wife María José Arranz. The origins of the winery go back to the ancestors of the current owners, who made their wine in the old wineries, which date back to the 17th century. The culture of wine and the love for the creation of these elegant wines has been passed down from generation to generation until Casimiro de Peñafalcón, who made his wine in small quantities every year and enjoyed it with family and friends. In the year 2000 Casimiro made his dream come true and went on to elaborate and market his wines under the denomination of origin Ribera del Duero, in Peñafiel, baptizing the winery with the historical name of Peñafalcón, which was the name of this town in the 11th century. and remembering the 'Rhymed Chronicle of the Poem of Mío Cid': Rodrigo won the battle, God be praised, until Peñafalcón, do is called Peñafiel !! Where they change Peñafalcón by Peñafiel.

The philosophy of Bodegas Peñafalcón is based on carefully caring for the vineyards, doing handicrafts, not adding herbicides, but digging the groin by hand, using sulfur, interlacing the branches and making prunings in green, using sheep waste manure fertilizers as formerly, as our grandparents did. The winery's own vineyards are well positioned on slopes and the terroirs are stony limestone. Some of them are in solariums, so that the maturation is extraordinary.

The plantations of the vineyard are in the following payments: Pagos of Santa Cruz, Pagos of the Borro, Pagos of Carraovejas, Pagos of the Sunk and Payments of the Chorrillo. The harvest is collected by hand and transported to the winery after a careful selection. Then they go through a soft destemming transporting to the deposits of German technology, quality 3.16 and equipped in its upper part with a programmable bazuqueador, making the effects of the crushing with the feet as in the past in the presses, in this way the pasta is well wrapped in the upper part, then it will macerate several days in storage until provoking the controlled fermentation.

Our success: the adding of the little details

The careful care of the vineyard and the entire production process results in very natural and ecological wines at a consciential level. High quality wines with a peculiar touch of personality and mastery and that have been able to adapt to the passage of time. This effort results in a wine of aromas and unique flavor, backed by more than 56 Silver, Gold, Super-Gold Awards, nationally and internationally. In Bodegas Peñafalcón its specialty is Peñafalcón Crianza, with two years in barrel; the Peñafalcón Reserva, with three years in barrel; Peñafalcón Vendimia Seleccionada, from two to three years in barrel. Novelty in the market of 'delicatessen wines' are the wines called, Peñafalcón Siglo XI, so as not to forget its history. Peñafalcón XI Century Aging with 26 months in barrels, Peñafalcón 11th Century Vendimia Selected between one and four years in barrels and Peñafalcón XI Century Gran Reserva with 5 years in barrel. This range of wines comes from vineyards positioned on high slopes with stony calcareous terroirs and chosen grapes, as well as a special elaboration with hand bazuqueos, natural yeasts of the vineyard and an exhaustive dedication to its delicate and careful rest in high quality barrels during the years indicated. These are wines most in demand in foreign trade and the export figure reaches 70% mainly in countries of Europe and Asia. 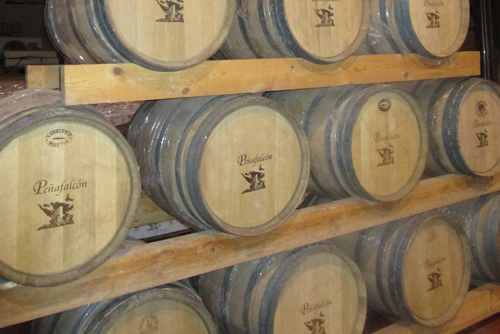 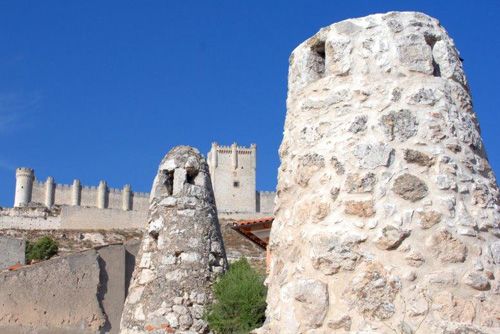 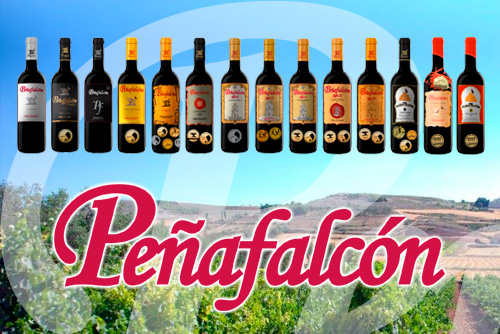 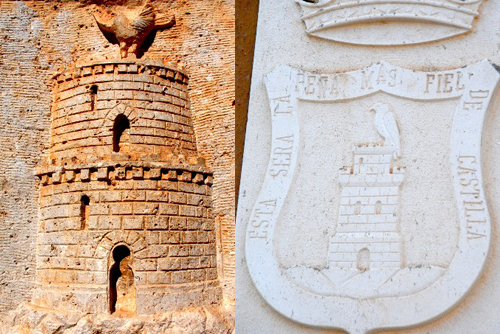 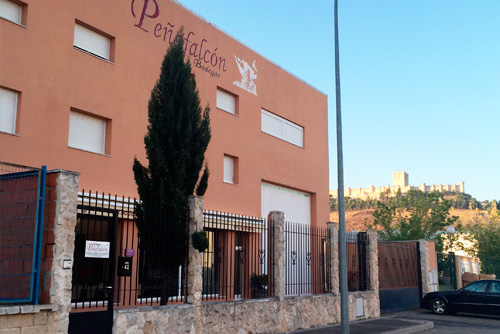 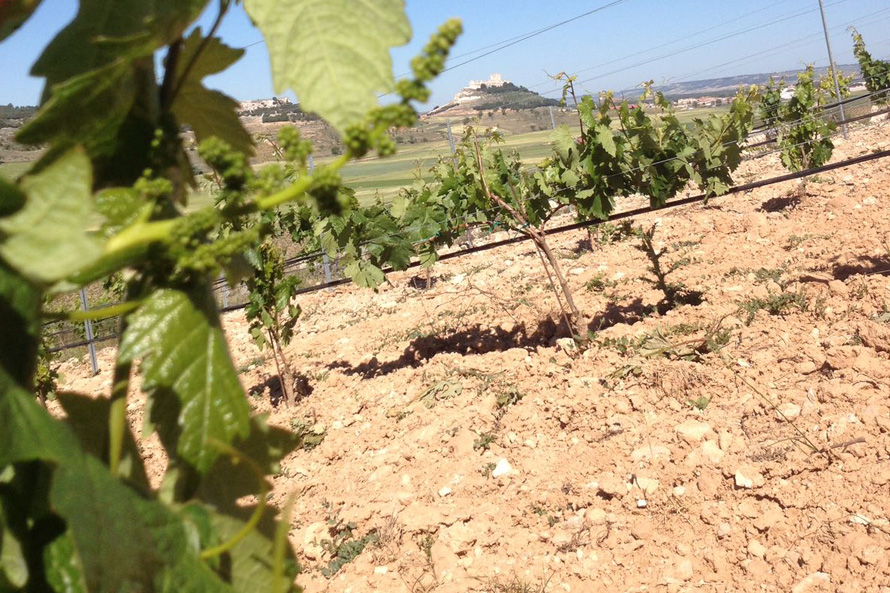 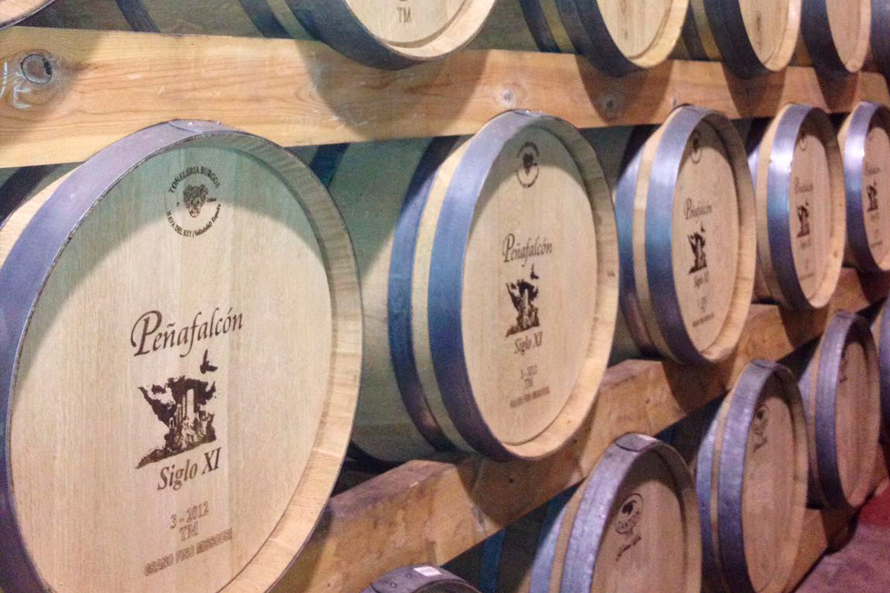 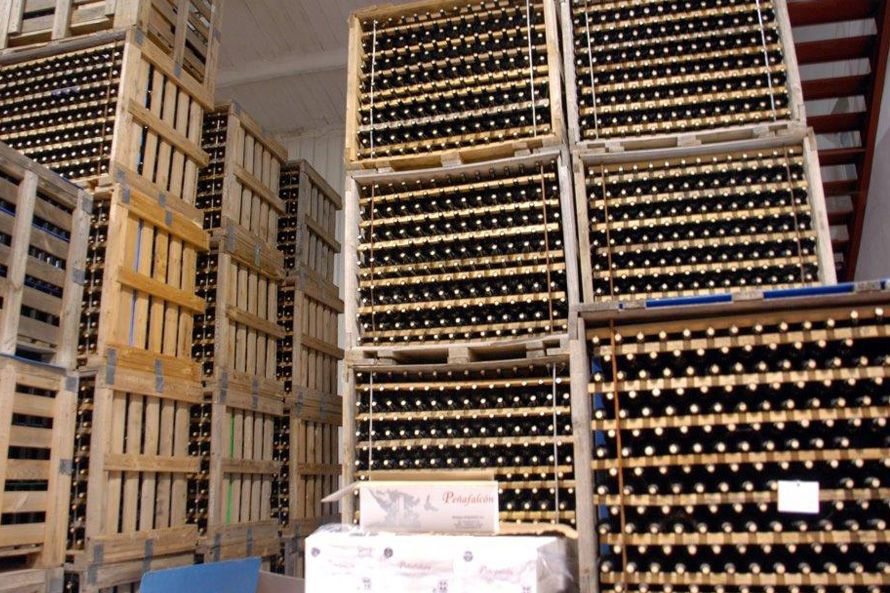 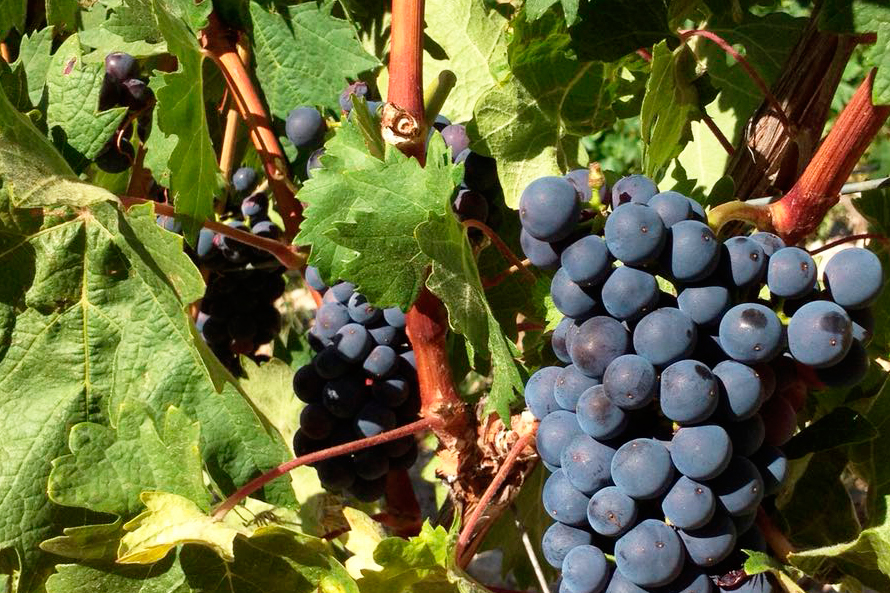 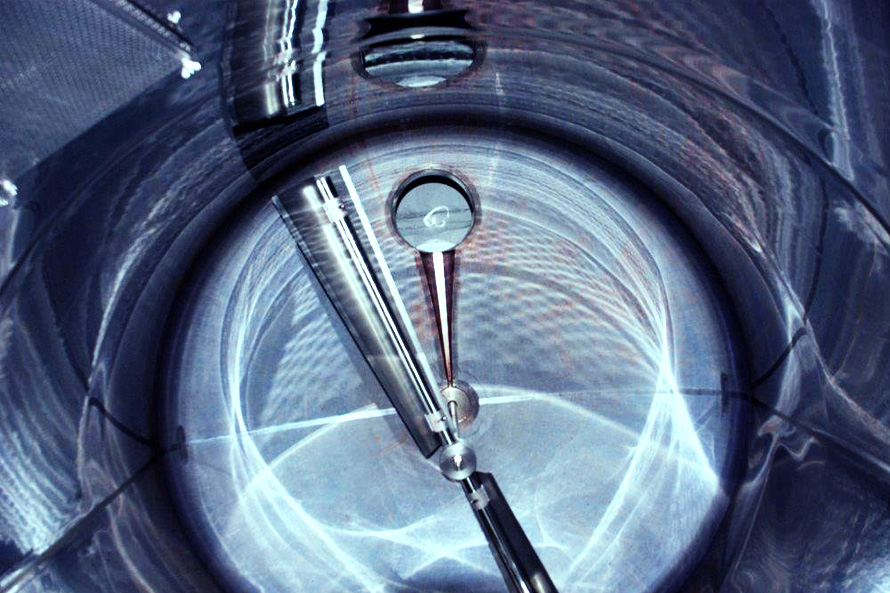 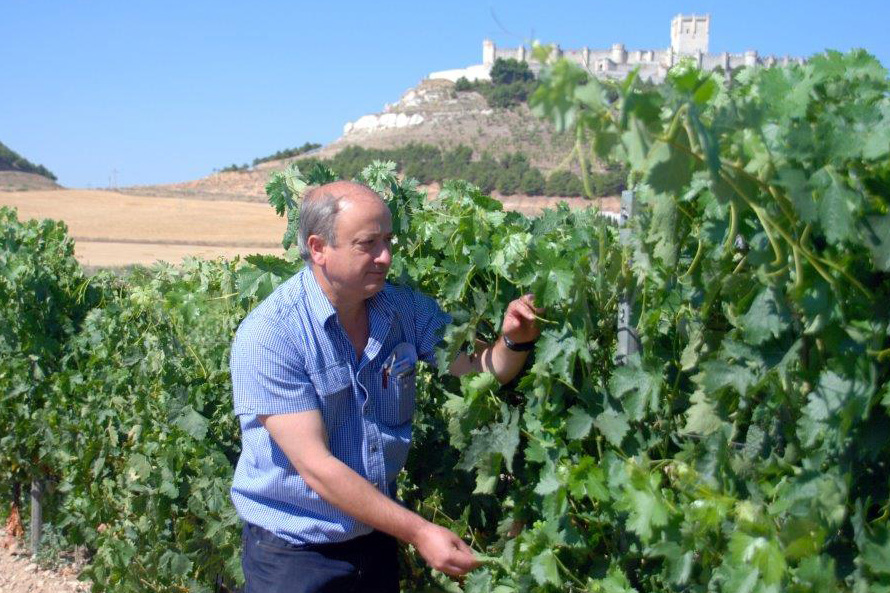 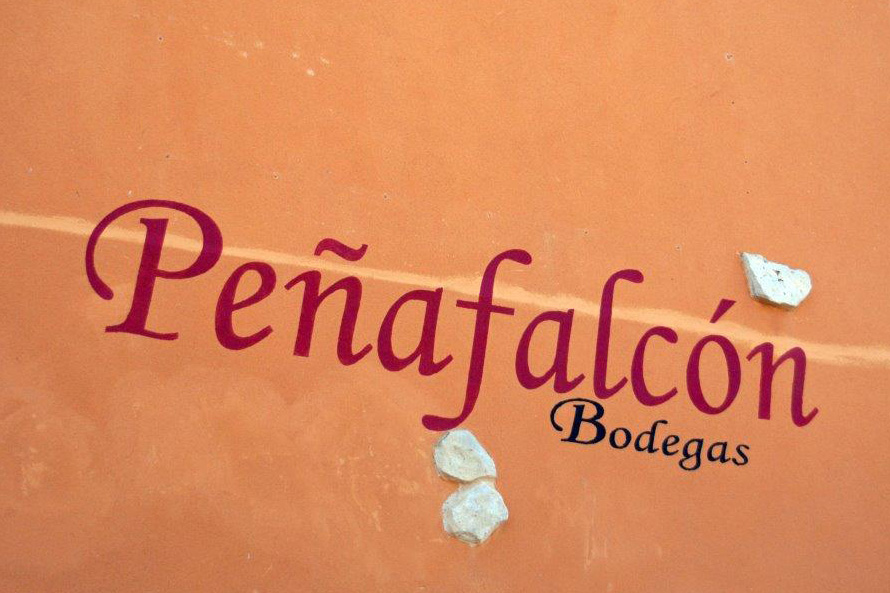 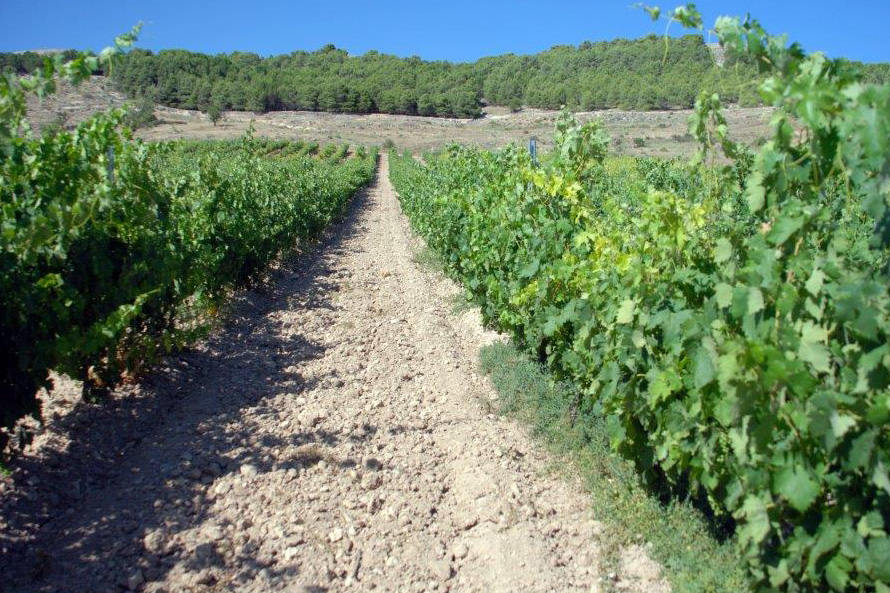 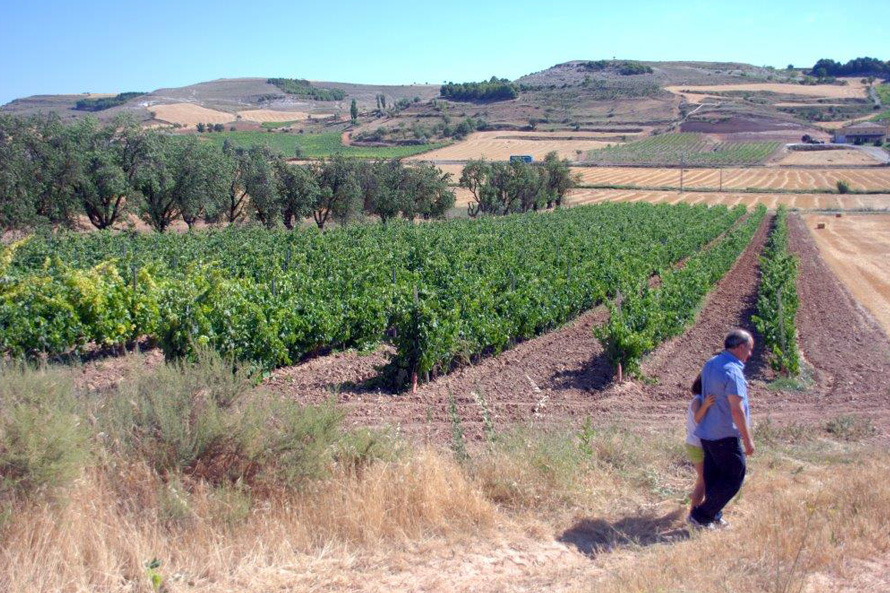 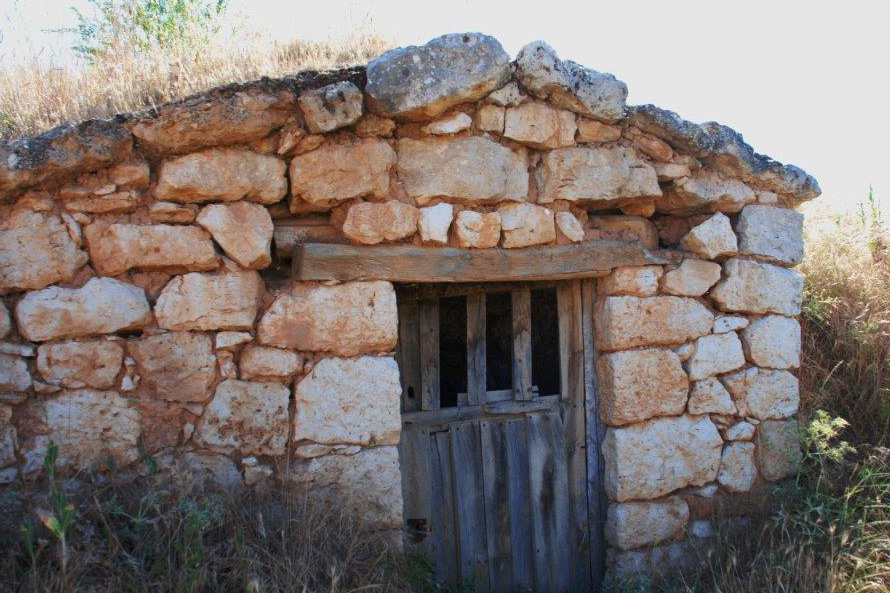 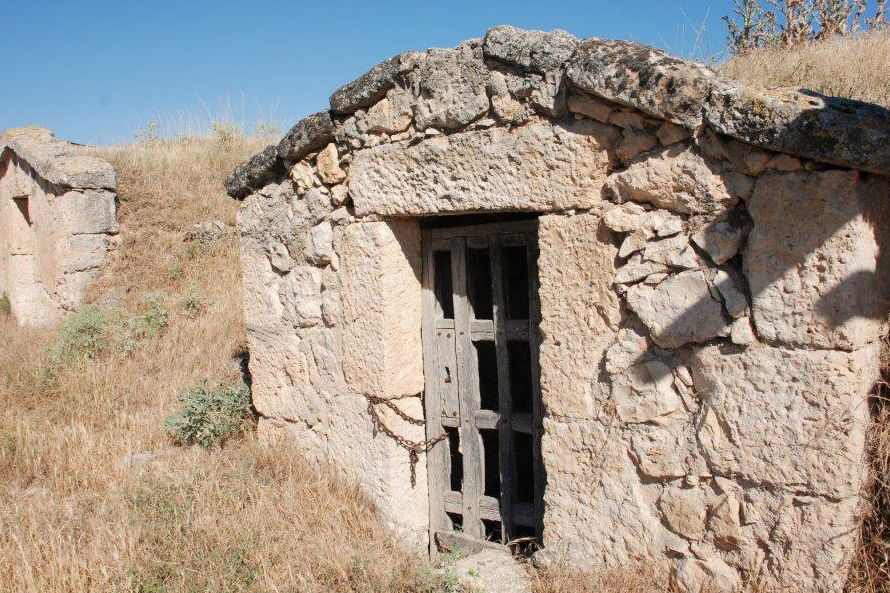 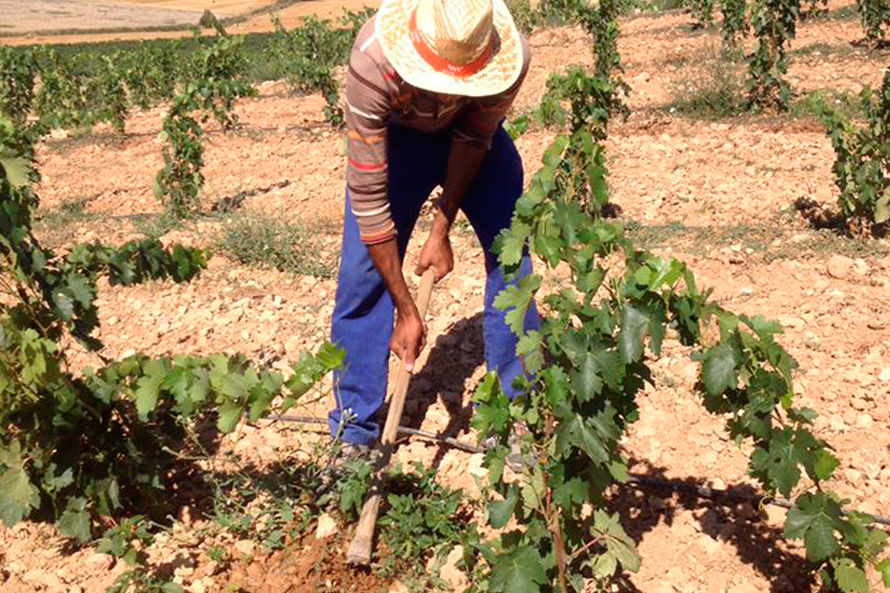 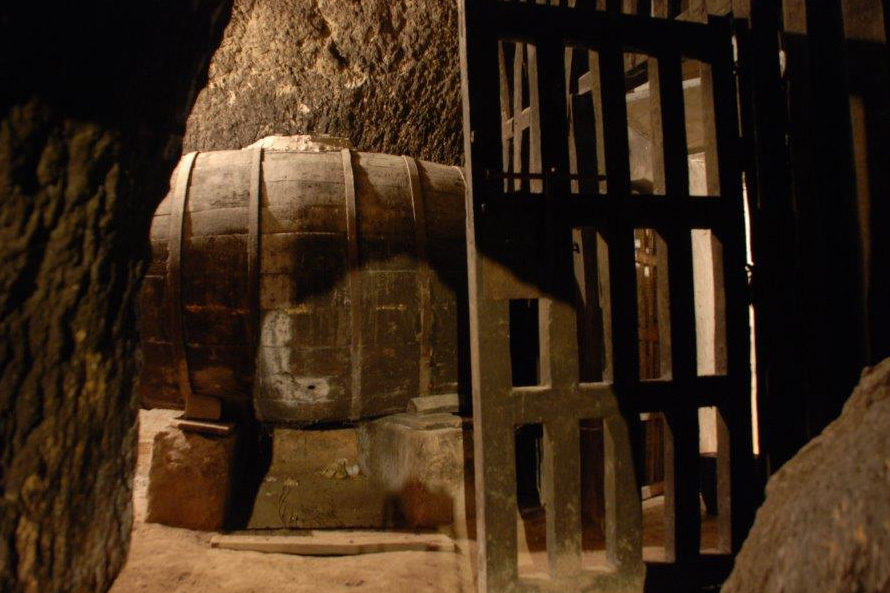 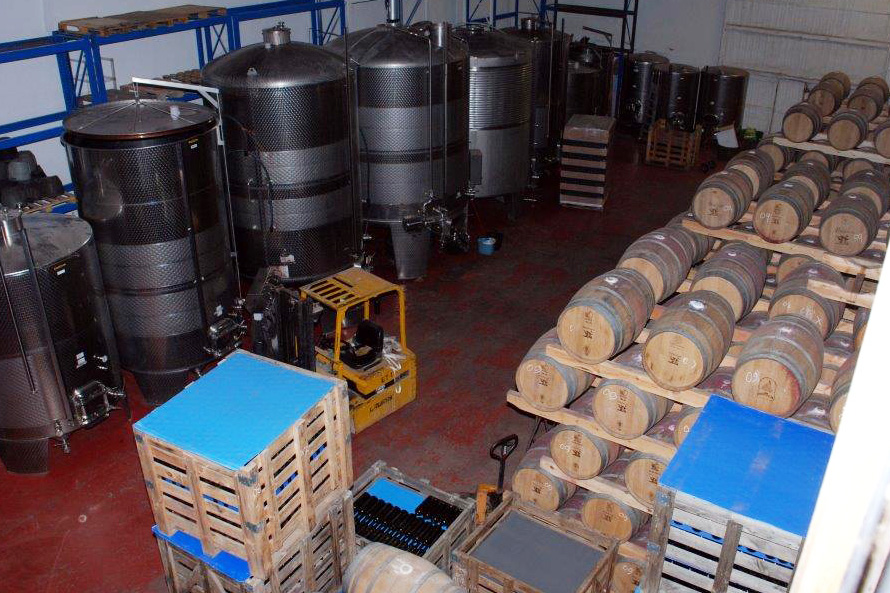 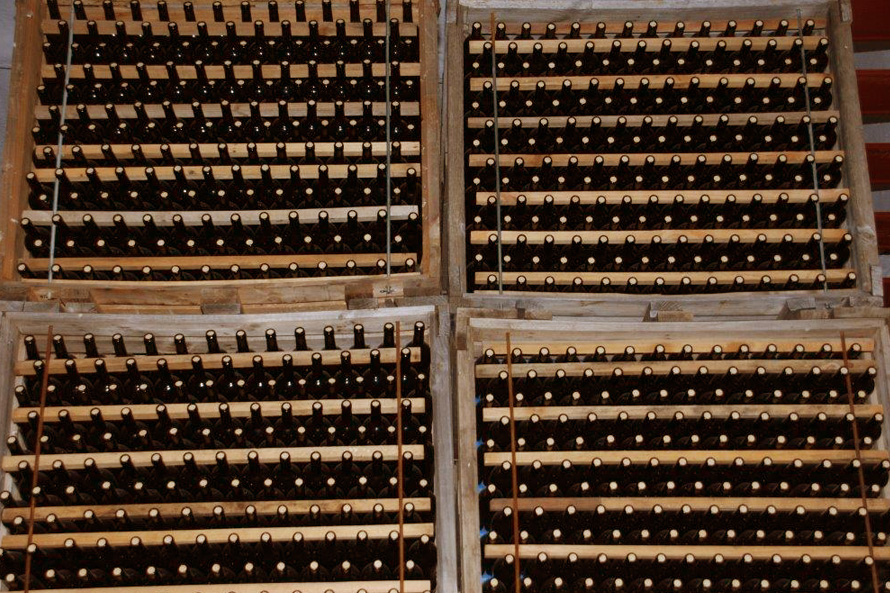 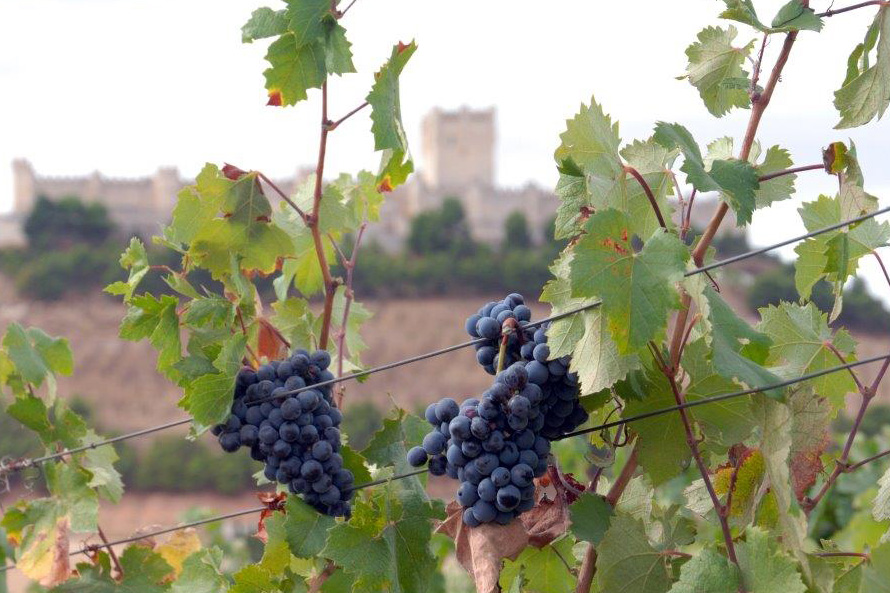 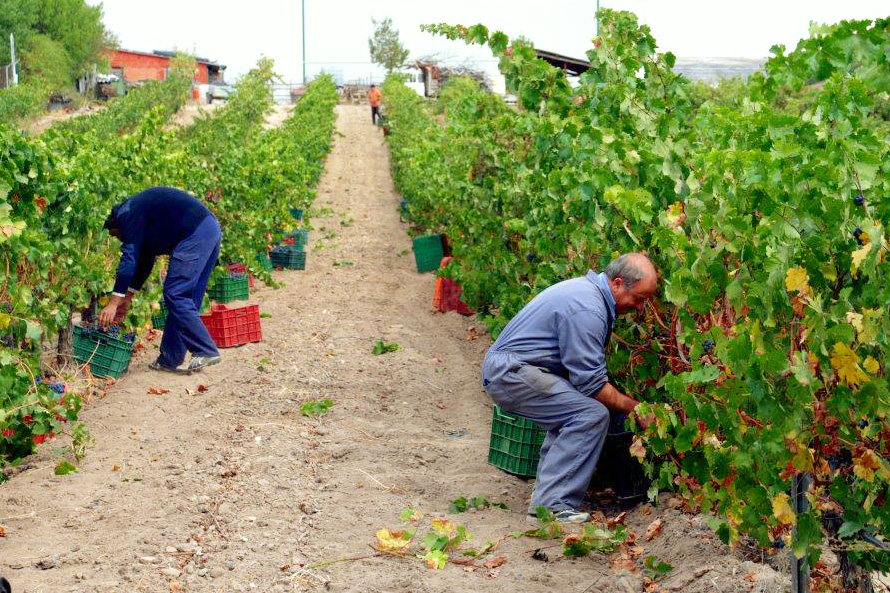 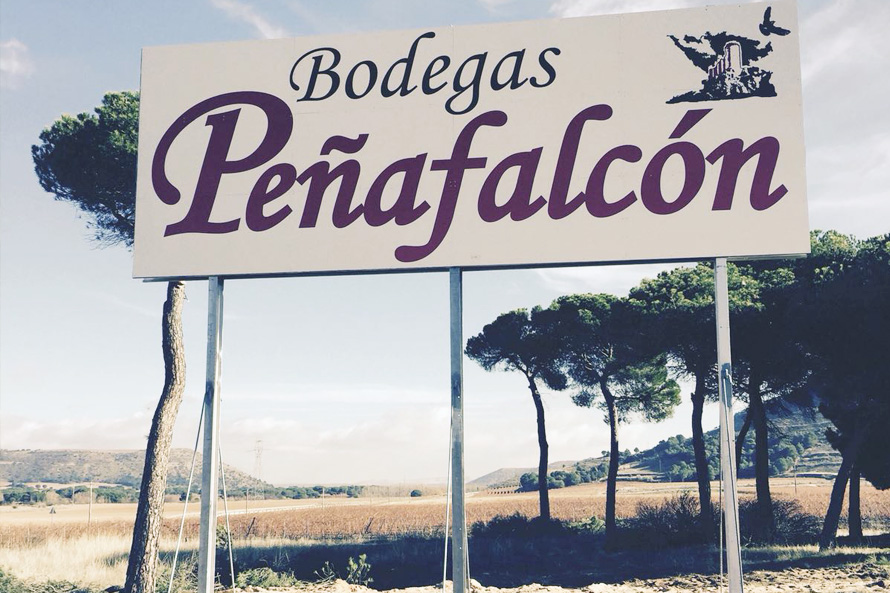 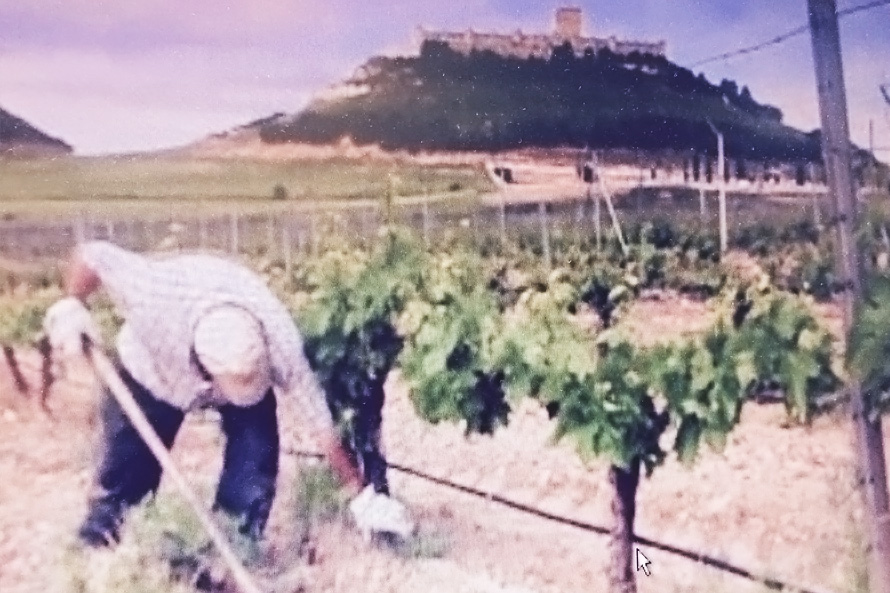 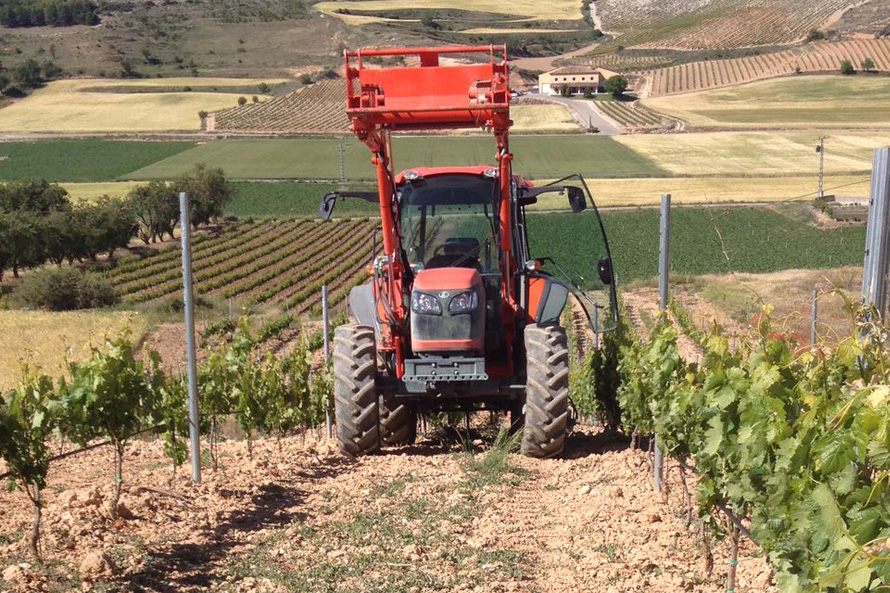 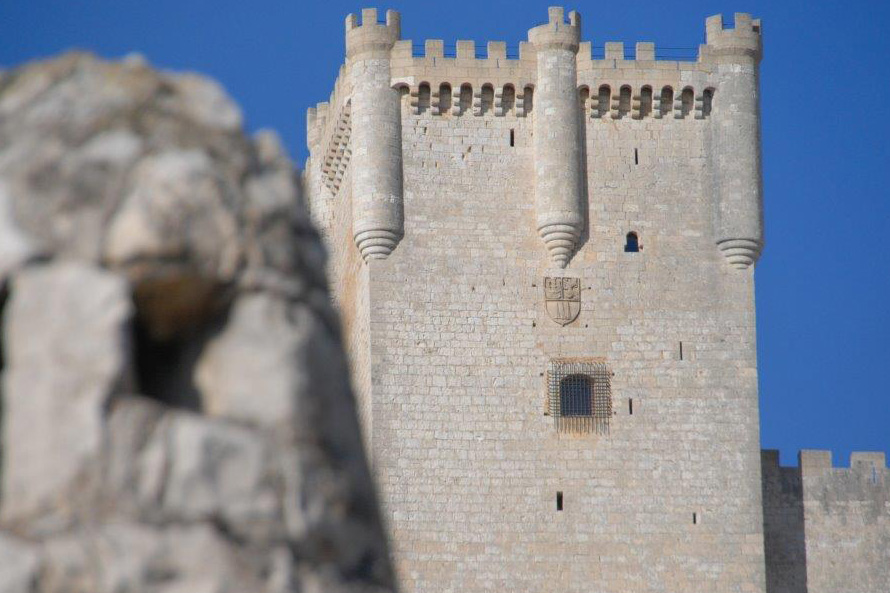 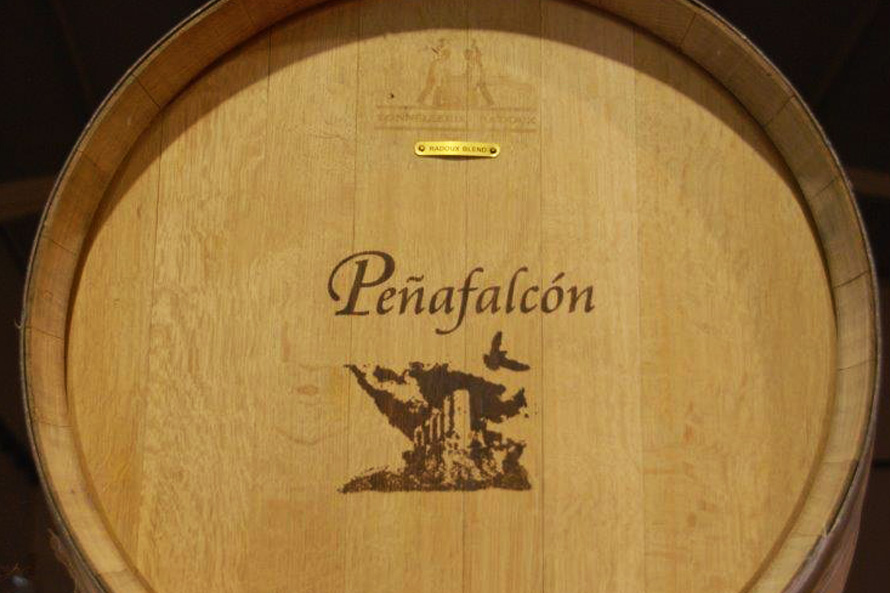